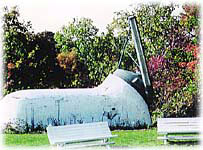 One of the most unique inns in New England is located in Springfield Vermont – The Hartness House has a most colorful and unique past, a past that remains part of this Connecticut River Valley Inn.

The Hartness House is home to the James Hartness – Russell Porter Astronomy Museum and is the only inn we know of that has an underground tunnel leading to an antique 1910 Equatorial Tracking Telescope and Observatory.

The inn-based museum features important amateur astronomy instruments, telescopes, and vintage photos of astronomers’ past. Guided tours of the museum are limited and only available through a reservation. Truly a unique experience and fascinating for anyone interested in the stars and planets.

The Hartness Astronomical Observatory features a 10″ Brashear refractor telescope with an equatorial tracking system that was invented and placed into operation in 1910 and patented in 1912.

The passageway to The Hartness Observatory is an adventure in itself. The Observatory is reached from the main house by way of a secret 240-foot underground tunnel! 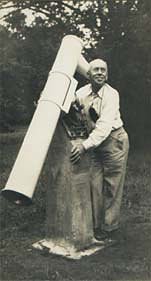 The Hartness House, an Inn and former home of Governor James Hartness was first opened as an inn in 1975. Prior to that the building was the home of James Hartness and Mrs. Lena Hartness. The mansion was completed in 1903. The most unique telescope was added in 1910. 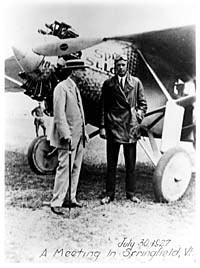 It is housed in a room 16 feet wide and 18 feet long. An underground room that provided Hartness with quiet and solitude as he worked on his many inventions.

Hartness was an avid amateur astronomer, inventor, and telescope maker. His friends included some of America’s most-known celebrities. Charles Lindberg and Russell Porter (see photo left) – who is considered by many to be the father of the amateur astronomers’ movement. Porter was the founder of the Springfield Telescope Makers.

While the Hartness House may be the only inn with an underground passage, secret room, and working telescope. Antique Telescopes and History are not the only reasons to visit this fine Vermont lodging establishment. The inn has a reputation for gracious hospitality and for serving outstanding meals in The Governors Room – the inn’s dining room.