The Best Places to Meet Ghosts and Haunts

There’s more to Vermont than maple syrup and cows! Haunted Travelers looking for an exciting vacation destination need look no farther than historic Vermont inns for chills, thrills and things that go bump in the night. If you’re feeling particularly daring, try checking out some of these historic destinations. Ask us about VT Lodging or share your comments. To feature your business, contact us. 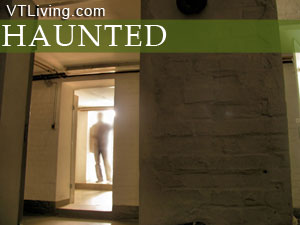 Room 302 of the Green Mountain Inn in Stowe, Vermont is said to be the spookiest room of the entire inn. This room is the birthplace of tap dancer Boots Berry who can still be heard tapping on the third floor today. Boots became a local hero one tragic and stormy night when he climbed to the roof to rescue a young girl that had become trapped in the snow. He was able to rescue her, but slipped to his death after she had been lowered to safety.

Yet another fabulous spook of a time can be found at Stowe’s Brass Lantern Inn. Don’t be surprised if you’re woken in the middle of the night by boisterous merry-makers, checking in late and chatting about the great party they just attended, only to discover the next morning that no one checked in at all!

Vermont hauntings are not limited to one region. At the White House Inn in southern Vermont Mrs. Martin Brown liked her Wilmington summer home so much, she has never left! Built in 1915 for a wealthy lumber baron, the White House Inn is home to disembodied footstep, unexplainable cold spots, doors opening on their own and even visible apparitions! One guest told of being woken in the middle of the night by an elderly lady sitting in the corner telling her “One Mrs. Brown in this room is quite enough!” The guest’s name just happened to be, you guessed it, Mrs. Brown! Ask the innkeeper for details if you dare.

Like many haunted locations, the Back Inn Time, in St. Albans, Vermont, has had a history of tragedies and is riddled with unusual phenomena. Go meet the ghost of Lora Weaver, who once called this place home. Lora tragically lost her life at the mere age of 30 and is in her room today. Be sure to request it for your accommodations if you’d like to encounter her.

At the Golden Stage Inn in Cavendish, Vermont the innkeepers have become so familiar with the young friendly spirit who appears dressed in a traveling cloak and a large brimmed hat, that they have named him George. He appears frequently and loves to plays tricks on the innkeepers.

Abraham Lincoln’s wife, Mary Todd, and their children wander The Equinox in Manchester, Vermont as if they still lived there today. Mary and the children used this location as their summer residence and it is said that Mary’s ghost still roams the third floor today. Perhaps she is trying to recapture her carefree summers of long ago?