Vermont is an ideal place to take a horseback ride or stable your horse. There are approximately 20,000 horses living in Vermont. Vermont Equestrian Centers and Equine activities contribute substantially to the states economy. The estimated economic impact of horses, horse shows and other equine events in Vermont exceeds $28 million a year. Vermont Loves horse and horse lovers love Vermont! The Vermont Department of Agriculture estimates that horses and other equines are responsible for about 100,000 acres of open space in the state. So, praise the horse, the Morgan, the mare, the filly, the stallion, and the foal! Ask us about VT Equine vacations or share your Vermont horseback riding and stable reviews with us. To feature your Vermont business, contact us. 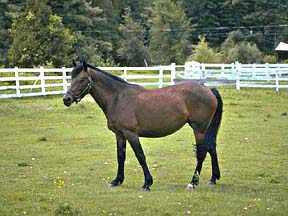 The Morgan horse was the first American breed of horse. When Justin Morgan moved from Springfield Massachusetts to Randolph Vermont in 1788 he had no idea what was in store. In 1789 a bay colt was born which Justin Morgan acquired and called Figure. This majestic horse was the founding sire for the Morgan breed. Many of the local farmers were impressed that such a beautiful horse as Figure could have such stamina, speed, endurance, and hardiness. On top of all this Figure was also known for his gentle disposition. Word of this amazing horse quickly spread among the small Vermont towns. Figure’s most important characteristic however was his ability to pass on the traits that made him so famous to not only the next generation but through multiple generations. After Justin Morgan died Figure was passed on to other owners who referred to him as the Morgan horse after his previous owner. 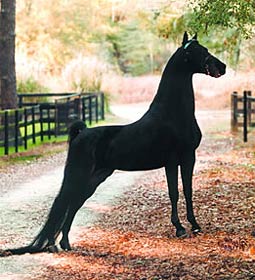 What made the Morgan horse so popular was that their versatility made them so practical. The Morgan could work hard all week long, look handsome pulling fancy carriages, and were excellent runners. This made them an ideal horse for most farmers since they needed a horse who could get the work on the farm done during the week and still be able to pull the carriage into town on the weekends. During the Civil War the Morgan horse was the most desirable because they were loyal to their rider, did not scare easily under fire, could march all day, and pull the artillery.

By the 1840’s the Morgan breed had spread throughout New England and the United States. Some farmers in Vermont and New Hampshire decided to join together to concentrate the breed so that the traits that made the Morgan so special would not be lost. To do this they went in search of second, third, and fourth generations of the original Morgan horse. These helped to establish the breed on a more permanent level.

Many of the later breeds to come out of the United States used Morgan horses as a base. This was because the Morgan had many of the traits that they wanted and the ability to pass on these traits. Some of the breeds that have some Morgan blood include the Standardbred, Quarter Horse, Tennessee Walking Horse, and American Saddle Horse.

The Morgan horse today is known for their small ears, broad forehead, large kind eyes, tapered muzzle, arched neck with well angled shoulders, compact muscular bodies with legs that have flat and dense bone. They are also still widely known for their versatility. Being able to go from a Ranch to Competition. Their demeanor makes them ideal for 4-H clubs and are commonly used for therapeutic purposes.