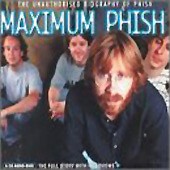 The Vermont band “Phish” has sold more recordings and concert tickets than other Vermont recording artist. This Vermont band has emerged as one of the top “Jam Bands” in the world – and heirs to the Grateful Dead throne as “a happening live concert improv band”. Phish music is spontaneous, eclectic, and free-from rock and roll at it’s best. The musical genres encompass folk, rock, jazz, country, bluegrass, and pop. Phish followed the Grateful Dead’s approach to building a massive fan base by concentrating on live improvisation during concert performances. The band debuted in 1988 and within a few years became an institution on college campuses and in America’s subculture. Phish albums are still selling, not only in the US but also in Japan, and Europe. Ask us about Vermont bands or share Vermont music comments. To feature your Vermont business, contact us. 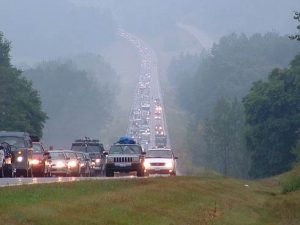 Leaders of the neo-hippie Jam Band movement, Phish was formed in 1983 when Trey Anastasio, drummer Jon Fishman, and guitarist Jeff Holdsworth were attending the University of Vermont. After meeting and jamming in their UVM dormitory, the trio posted flyers across their Vermont campus, recruiting a bassist. Mike Gordon answered the ad and was added to the original lineup.

In the fall of 1984, the band was agumented by percussionist Marc Daubert and, occasionally, a vocalist called the Dude of Life. Soon after, the group was playing concerts on nearby campuses, including Vermont’s Goddard College’s Springfest in 1985. Page McConnell organized the Springfest at Goddard and he became a fan of the band. Later in the year, McConnell convinced the group to add him as a keyboardist. Shortly after McConnell joined Phish, Holdsworth left the group.

In the fall of 1986, Anastasio and Fishman transferred to Goddard College. Early in 1988, Phish recorded Junta, which they sold at their shows as a cassette-only release. In 1989, the group played their first tour outside of New England, travelling through the Southeast. Phish also recorded their second album, Lawn Boy, in 1989, although the album wasn’t released until the fall of 1990; the record was released on the independent label Absolute A-Go-Go, a subsidiary of Rough Trade.

Throughout early 1991, Phish toured the United States. During the summer of ’91, they recorded their third album, as well as a set of sessions with their old friend, the Dude of Life.

Late in August, Rough Trade collapsed, taking Absolute A-Go-Go with it. Phish was left without a record contract, but they were soon signed by Elektra Records, which released A Picture of Nectar in February of 1992.

In the summer of 1992, Phish played a handful of shows on the first H.O.R.D.E. tour. Also that summer, Elektra reissued Lawn Boy and Junta. Rift, the band’s fourth album and the first they recorded with a producer, appeared in February of 1993. During Phish’s 1993 tour, the group sold tickets that were specifically designed for fans taping the concert, a major gesture of goodwill.

Hoist, the band’s fifth album, was released in 1994; one of its songs, “Down with Disease,” became the band’s first video and received some airplay on MTV. Hoist sold better than the group’s previous albums, which was an indication of how large the group’s fan base had gotten. In the fall of 1994, Crimes of the Mind, the album Phish recorded with the Dude of Life in 1991, was released on Elektra Records.

In the summer of 1995, the band released the double-live album A Live One, which attempted to definitively capture the Phish concert experience.

In early 1996, Trey Anastasio released a free-form jazz side-project called Surrender to the Air. In the fall of 1996, Phish released their sixth album, Billy Breathes, which was produced by Steve Lillywhite and garnered the group’s best reviews thus far.

Slip, Stitch & Pass, their second live LP, followed in 1997, and the following year, the group resurfaced with the studio effort Story of the Ghost. The six-disc Hampton Comes Alive, capturing four full live sets over the course of two nights, appeared in late 1999 — and went gold, a testament to their rabid following.

The band’s popularity only grew during the last half of the ’90s, and their ceaseless touring had helped make them indisputably one of the top concert draws in the nation.

In the spring of 2000 Phish delivered the pastoral studio effort Farmhouse, which was hailed as one of their finest and tightest to date; they also landed some mainstream exposure thanks to the single “Heavy Things.”

Exhausted by touring and separation from their families, Phish decided to take an extended break, announcing a temporary breakup in October 2000. A month later, Elektra reissued The Siket Disc, which was previously available only through mail order; it featured improvisational tracks from the band’s 1997 Story of the Ghost sessions.