The Vermont State Police are a large part of the law enforcement that happens in the state of Vermont. They patrol Vermont interstates (I-91 & I-89), Vermont state roads, and protect the four corners of Vermont from New York to New Hampshire and from Canada to Massachusetts. Vermont State Police Troop Offices (stations) can be contacted about state and local regulations, traffic hazards and accidents, or where to pay that recent speeding ticket. Ask us about Vermont State Police or share your comments. To feature your Vermont business,  contact us. 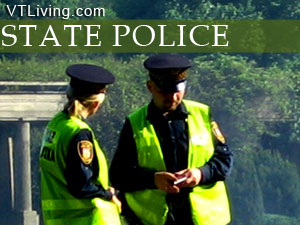 The Vermont Department of Public Safety and the Department of Motor Vehicles provide the Icy Road Hotline and the DMV Mobile Office. Dialed as 1-800-ICY-ROAD, the hotline can be called for traveling conditions in Vermont, traffic accidents that will affect the flow of traffic on routes and interstates, and highway construction that motorists should be aware of. Call 1-800-ICY ROAD for details.

The DMV Mobile Office makes stops in the designated towns of Vermont so that residents of Vermont may perform simple transactions that may require traveling to a DMV office such as license renewal.

In Vermont, early in the 20th century, law enforcement was county-based. Elected sheriffs were responsible for their own territory and provided law enforcement therein. State-wide, the highway patrol was responsible for patrolling the highways of Vermont and investigating accidents. Being the time it was, the communication between officers was dependant on the public that they served.

In 1937, a bill to establish a Department of Public Safety was introduced, but did not pass. Credit for that goes to the lobbying of sheriffs who saw a possible loss of power, and overly conservative legislators who held tightly onto the state purse.

1948 was the year that saw the first department headquarters and the enlargement of the cruiser fleet. The Montpelier base of operations was established with a state-of-the-art photo lab in the basement. The drawback of the photo lab was that in times of heavy water and spring thaw, the troopers had to wade in rubber boots through the basement to develop photographs. Later that year, a three-way radio communication system was devised so that stations could communicate with one another and their troopers out in the field. Although the first revision of the radio system was a far cry from the communications system that we know today, it was a step ahead of initial communication procedures.

In 1954, bloodhounds were introduced into the state police for use in search and rescue. At the same time, the Crime Lab started using color photography as an identification tool. Communication between headquarters and the Rutland District Office became easier when a microwave installation was installed between the two locations.

With the rise of industrial plants such as GE and IBM, social and economic changes were abounding in Vermont. No longer was Vermont deemed as a northern, backwater location. It soon to become a four-season attraction and Labor Day became one of the heaviest times for traffic, due to foliage. With the influx of diversity came the introduction of the drug culture in Vermont, as did the necessity for a special drug control program within the Department of Safety. 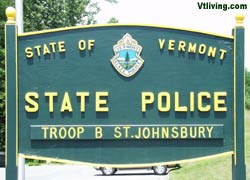