Known as the Green Mountain State, Vermont is the only New England state not touching the Atlantic Ocean and the second least populated state in America. Vermont was the 14th state in America and is the leading maple syrup producer in the country. Ask us about Vermont or share comments. To feature your Vermont business, contact us.

2006 Vermont Population
Courtesy of the US Census Bureau 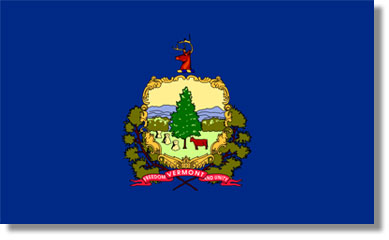 Vermont was admitted to the United States on March 4, 1791.

Vermont has many excellent colleges and universities and several fine museums, art galleries, historic sites, and attractions. The Vermont state motto is “Freedom and Unity”. For information about Vermont weather including current weather conditions, click here.