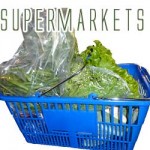 Shaw’s is a major food supplier for Vermont with 19 stores scattered around the state. Shaw’s began in Portland, Maine in 1860.  Shaw’s has change ownership several times since then. Today Shaw’s is a huge corporation with holdings that include: Osco Drug, Shoppers Value, Home Life. Market Fresh. Culinary Circle, Essential Everyday, and likely more on the way. Shaw’s Vermont stores are rated among the best in the state. Vermont  is served by only a handful of Supermarket Chains and Walmart

.  Ask us about VT Supermarkets or share your comments. To feature your business in VT Living, contact us.

Shaw’s Slogan: You’re in for something fresh.