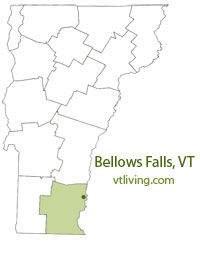 Bellows Falls, Vermont is an unincorporated village within the town limits of Rockingham, Vermont. Bellows Falls was the location where the first paper was made from wood pulp. Bellows Falls is home to several manufacturers such as Green Mountain Power, New England Power, Vermont Medical, and others.

Situated on the Connecticut River, Bellows Falls is enjoying a re-birth with a renewed interest in the village. The river plays an important part of this towns character and development. The Great Falls of the Connecticut River are located here. Native Americans fished the falls for migrating shad and salmon. The first bridge across the Connecticut River was built here in 1785. To expedite the early river traffic, one of the first canals in the United States was opened here in 1802 to bypass the Falls. Herrick’s Cove is a major stopover for migrating waterfowl. The area has been designated an important Bird Area by a conservation partnership of Vermont State Agencies and Audubon Vermont. The cove is located at the mouth of the Williams River by a dam in Bellow Falls. 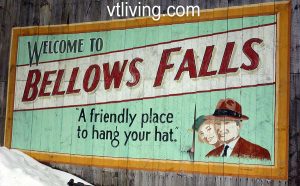 The Williams River River empties into the Connecticut River in Bellows Falls. When the railroads passed through the area in the mid 1800’s, Bellows Falls became one of the most important railroad junctions in northern New England. Amtrak provides daily service through Bellows Falls. The Bellows Falls Station on Depot Street also serves as the headquarters for the Green Mountain Railroad. The Bellows Falls Downtown Historic District was entered in the National Register of Historic Places on August 16, 1982. 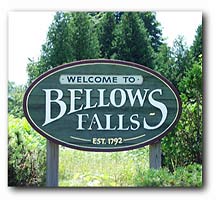 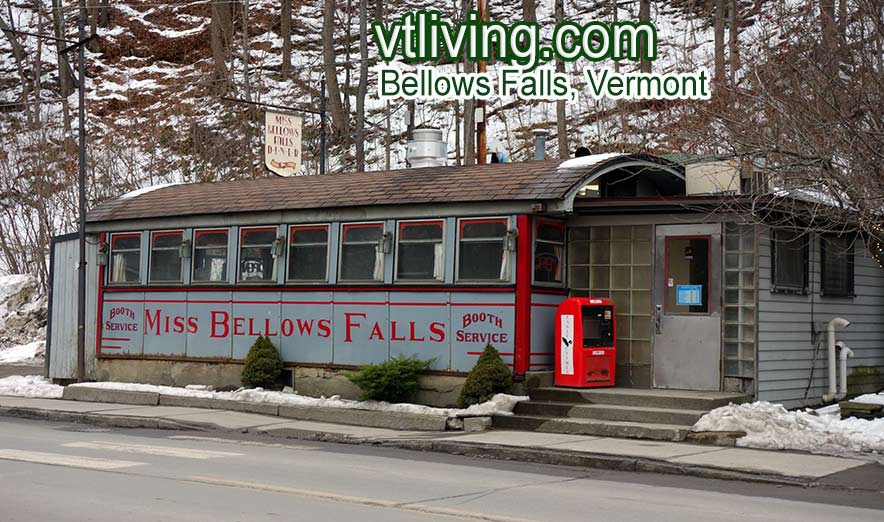