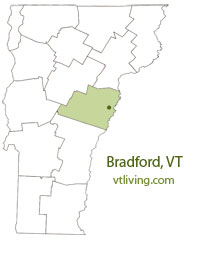 Bradford, Vermont is a town in Orange County. The first geographical globes in the US were made here in Bradford by a farmer named James Wilson. Bradford is located off I-91 on the New Hampshire Border. Originally called Waits Town or Waits River Town after Joseph Wait. The town was first patented as “Mooretown”. Residents petitioned the Vermont Legislature to change the name to Bradford shortly after the American Revolution. The Bradford Vermont region is also known as “the oxbow” – for the large bend or “oxbow” in the Connecticut River near Bradford. Please share your Bradford, Vermont comments. To feature your business, contact us. 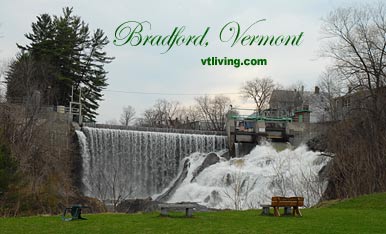 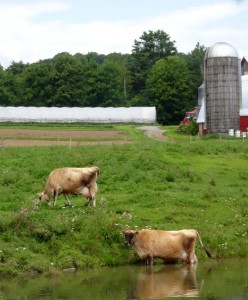