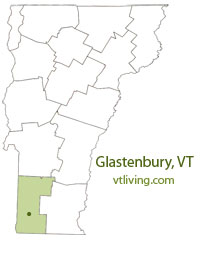 Glastenbury, Vermont was represented by the Mattison family for ninety years until population numbered seven in 1937. Glastenbury became an Unorganized Town by Act of 1937 Legislature. Glastenbury, VT has the Appalachian and Long Trail running through it. Today, Glastenbury is for all intents and purposes, a ghost town.