Glover Day and The Pond that Ran Away

Glover Runaway Pond Race Commemorates “The Pond That Ran Away”

On June 6, 2010, the town of Glover, Vermont celebrated the 200th anniversary of the letting out of Long Pond, an event that inspired the legend of “The Pond That Ran Away”. The letting out of Long Pond is Glover’s original claim to fame. But the story is well known to most in Orleans County, as the results of this disaster affected a large portion of the region. Ask us about Vermont or share Vermont waterway comments. To feature your Vermont business, contact us. 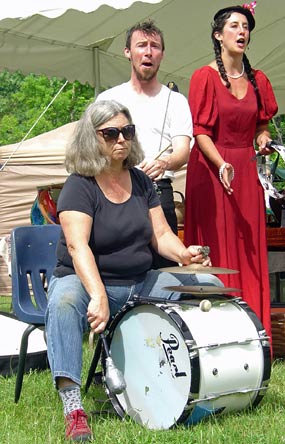 The year of 1810 was a very dry one. What is now the village of Glover was, at the time, a marshy area that was home to many mills which relied upon the Barton River for water power. But as the summer of 1810 wore on, the drought did not let up. Eventually the Barton River was so low that it could not sustain the mills along its banks.

One miller in particular is remembered for his contribution to history. The legend of Runaway Pond claims that Aaron Wilson came up with a plan to bring more water to the Barton River.

Situated five miles south of the center of Glover was a large body of water known as Long Pond. The “pond” measured about one mile long, ¾ of a mile wide, and 100 feet at its deepest point. Long Pond sat approximately 200 feet above the headwaters of the Barton River, but drained south into the Lamoille River. Wilson’s plan was to dig a trench allowing the water from Long Pond to naturally drain towards the Barton River, solving future water problems.

The idea, in theory, was perfect. The town set a day for a work bee, and Mr. Wilson promised to provide the whiskey to quench the men’s thirst. When June 6th came, between 40 and 60 men are believed to have participated in the digging.

By noon the trench was dug. When the bank of Long Pond was cut away everything appeared to be 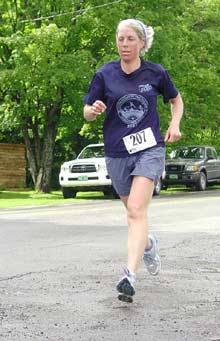 working. One can imagine the pats on the backs and the large smiles of the men who had completed their task – believing they had helped their community. But the celebratory atmosphere did not last long. The men began to notice that the water in the trench was disappearing.

One of the men, Spencer Chamberlain, jumped in to investigate and found himself sinking in mud. After he was hauled out by his fellow workers the ditch began to crumble, as did the banks of Long Pond.

Long Pond was situated on a pile of fine sand. A small layer of hardpan was all that retained the water within. When the men broke through this layer the water drained into the fine sand creating quicksand and unstable banks. As the water poured from Long Pond, the banks continued to crumble and soon the water was gushing toward the mills.

Legend says Wilson remembered that he had left his wife tending the mill. So, Chamberlain – who was also the town’s fastest runner – took off ahead of the rushing waters to warn the miller’s wife. It is said he ran so fast that he had time to stop along the way for a drink of whiskey. He reached the mill ahead of the rushing torrent behind him and warned Mrs. Wilson, thus saving her life.

Two billion gallons of water poured from what was once Long Pond, leaving a path of destruction through the area. The pond drained in one hour and 15 minutes. It is said that by the time the waters reached Lake Memphremagog in Newport four hours later, it raised that lake by an entire foot.

The debris from the river closed up the boat landing in what is now the town of Orleans, changing that town’s economy. The draining of Long Pond also left many mills in Greensboro, situated on the other side of the water body, without a water source.

The disaster of Runaway Pond made headlines all over the country. However, no human life was lost, and locals thanked Spencer Chamberlain for that.

Every year, Chamberlain’s run is commemorated with the Runaway Pond Road Race. This race is held during Glover’s annual Glover Day Celebration, as the town remembers its history, and is a five mile run from Runaway Pond Park on Route 16 to the Glover town green. Traditionally, this field day takes place on the last Saturday of July. In 2010, to honor the 200th anniversary of Runaway Pond, a three-day celebration was held from June 4 – 6. The race took place and runners were greeted by the Bread and Puppet Band. The traditional “Runaway Pond” puppet show was given by theBread and Puppet Theater, and crafters and farmers from the area set up tables. On a more permanent scale, a replica of Wilson’s Mill was added to the Runaway Pond Park site and a museum exhibit opened at the Dolan Barn, which sits on the banks of Clark’s Pond (Mud Pond). Historical talks were given, games were played, and everyone enjoyed an old-time parade.